TBR is an acronym that stands for to be read. – Dictionary.com 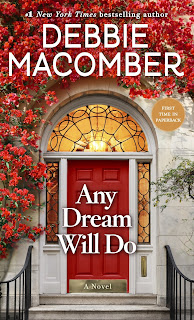 I finished reading Any Dream Will Do (New Beginnings Series, #4) by Debbie Macomber.  I will say that I absolutely love Debbie Macomber’s books and have read the complete Blossom Shop Series and Cedar Cove Series, but this one was uniquely different and a nice change.

“God takes each one of us exactly where we are and so do I. Instead of focusing on the past, I prefer to look at the potential God has given each of us.”  ― Debbie Macomber, Any Dream Will Do

For those who might be interested, this book falls underneath Christian Fiction and each chapter alternates between the two main characters, Drew and Shay.  The story is about overcoming obstacles in life and how with those obstacles can be overcome with God’s help. It’s a heartwarming feel good book that I honestly could have finished in a day. 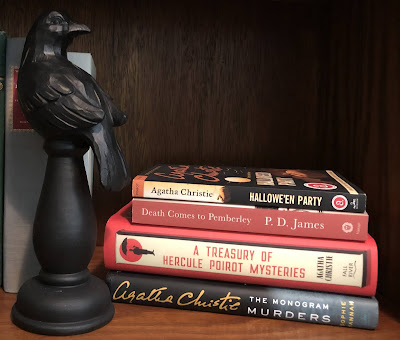 Since I am at the end of September and October is just around the corner, I’ve lined up a collection of cozy murder mysteries.  I am starting The Monogram Murders by Sophie Hannah, the first book in her new Hercule Poirot series.  This book got very mixed reviews on Goodreads but that’s ok, as I have found what I like and others like often vary.  I know this is not an Agatha Christie book, but one written based on our beloved character, Hercule Poirot.  So far I am enjoying reading it.

‘I’m a dead woman, or I shall be soon…’Hercule Poirot’s quiet supper in a London coffeehouse is interrupted when a young woman confides to him that she is about to be murdered.  She is terrified – but begs Poirot not to find and punish her killer. Once she is dead, she insists, justice will have been done.Later that night, Poirot learns that three guests at a fashionable London Hotel have been murdered, and a cufflink has been placed in each one’s mouth. Could there be a connection with the frightened woman? While Poirot struggles to put together the bizarre pieces of the puzzle, the murderer prepares another hotel bedroom for a fourth victim… (From Goodreads)

I also plan to read Hallowe’en Party and a Treasury of Hercule Poirot Mysteries by Agatha Christie, as well as Death Comes to Pemberly by P.D. James. My mother-n-law also likes a good cozy mystery now and then, so for fun I purchased an extra copy of Hallowe’en Party to send to her along with her Halloween card.  I think she will like it!
What are you currently reading ?

Any new authors that are new too you ?

4 thoughts on “On The Bookshelf: A Finished Book and Books to Read”