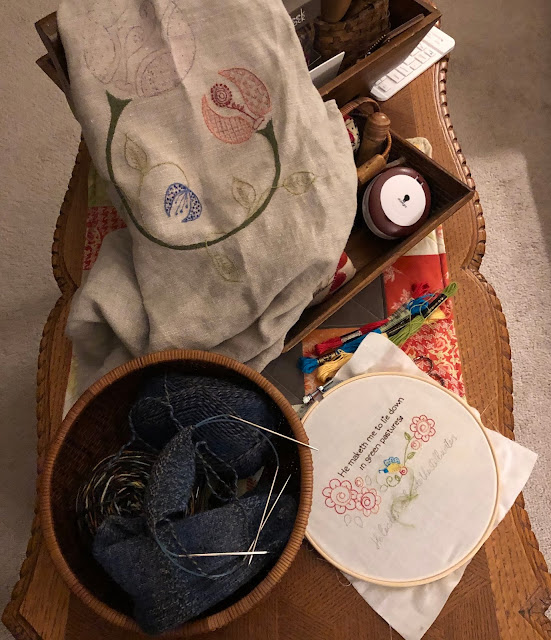 I haven’t been too productive this week as I have been battling a nasty cold.  When I’m sick I don’t really do too many things as I can’t seem to concentrate too well.
With that being said, I have almost finished with the second square for the Block of the Month from Jenny of Elefantz .  All I have left is a few leaves the bottom lettering to stitch and then I will be waiting for Jenny to post the next block in March.  I am still plugging along on my linen vest embroidery project, which I am hoping will turn out like I want it too.  I have also casted on the mate to one finished sock. 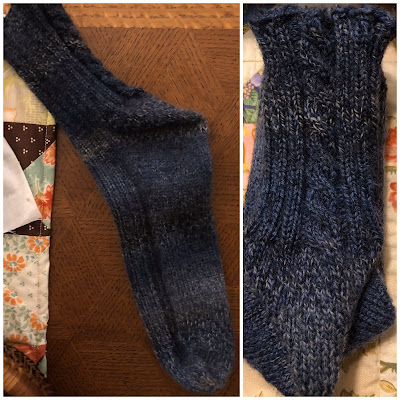 I really like what I did on the back of the leg, a cable down the middle gives it a bit of “flair” and it also provides more  structure  around the leg.  I still have a goal to make one pair of socks a month and so far I’m on track!

I haven’t worked on my spinning but plan to start the second bobbin this week, or at least by the weekend.  I had plans for handspun socks, but I may end up making mitts instead.  I love the colors of the fiber and it’s spinning up beautifully!