I am so excited to have finished a pair of socks, along with a pair of mitts.   I honestly haven’t been knitting as much as I normally do, but I am also hopeful I will finish another pair of socks before the year ends, or at least the very beginning of the new year.

So off the needles today ….

A pair of Jeck Socks with an Afterthought Heel.  As a recap, I used  Mani Pedi yarn by Lion Brand , along with two 16” circular needles, size US 1 1/2.  They fit perfectly and the yarn is super soft. 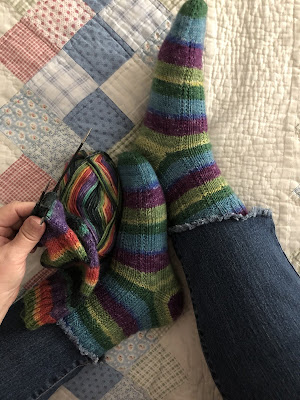 Working on my top down version of Socks on A Plane and
hope to have another pair off the needles soon! 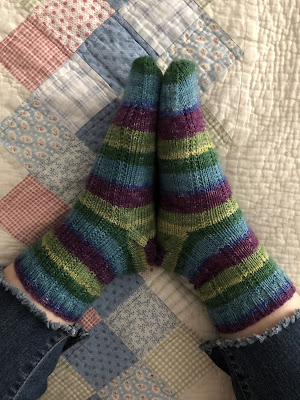 Also off my needles is a pair of Maize Mitts, pattern by Tin Can Knits.  I made this pair of mitts in two days.  For this project I used two 16” circular needles, size US 6 and Fibra Natura Inca Tweed in Navy.  I plan to cast on the Barley Hat by Tin Can Knits later this evening and feel it will work up super quick too! 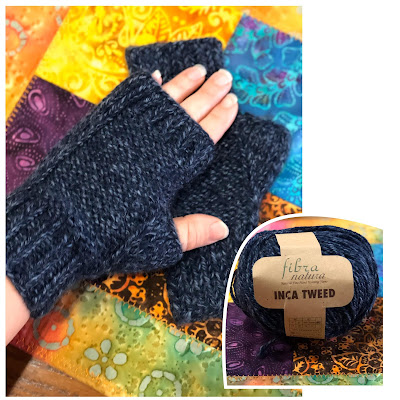 I have also been making my goals for next year and will be posting next Sunday with what I hope to achieve in the new year.  One thing I did not list as part of my goals was something quite personal that I am sharing today.
One thing I do not want to do next year is to allow others to influence the way I think or feel.  I have a tendency to “jump on board” before I think, which has caused much heartache this year.  In the new year I am embracing creativity
and will not allow myself to get caught up in the moment to be swayed to easily to one side or other.  There are so many creative people in this world and I have learned so much from so many folks.
Until next time, be creative!