This past weekend I shared that I had caked my #spookyspin15 2018 handspun , in the color Witch Stockings ,for a Box Pleated Hat .  The pattern calls for 200 yards of worsted weight yarn and my handspun was only 125 yards.  So, I decided to play a game of yarn chicken and casted on my hat. 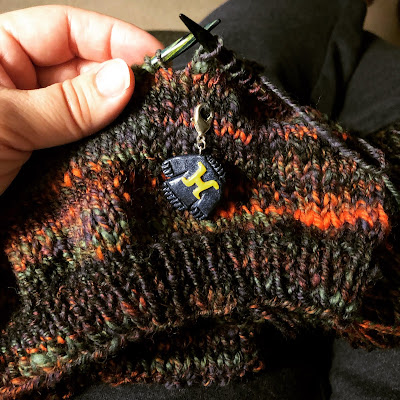 Last night I started measuring every few rounds to see if I was going to be able to make this work. As I continued knitting in stockinette, I became quite confident that I would be winning this game.  This morning I continued and guess what, I won with less than 2 yards of yarn left! 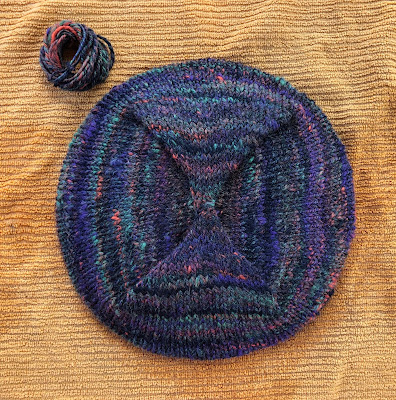 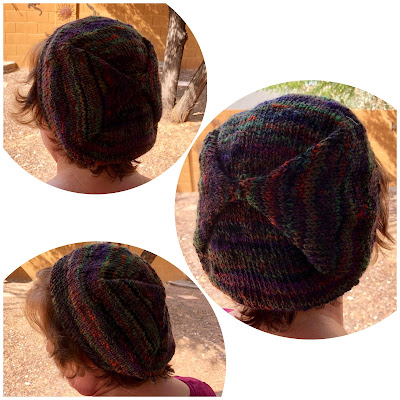 I decided to gently wet block my finished hat on a plate.  Blocking hats is just a little finishing touch to make the yarn look really nice and allow the handspun to bloom a little more.
I really love how it turned out !!
Now to decide on what I should cast on next using my handspun, maybe mitts would be nice.
Until next time, be creative!