I’ve been very remise in my spinning lately and feel like I’m so behind in my breed study that Sherrill of The 1764 Shepheredess has been hosting via  Instagram.  I have been so inspired by recent posts from many of the talented spinners on Instragram, that I decided it was time to get back into my spinning grove.

The spring study consisted of Gotland, Polwarth and Whiteface Woodland.  In April, we started with Gotland, which I can say that I absolutely loved spinning this fiber and will try this breed again!  I ended up with a skein of 2-ply at 65 yards. 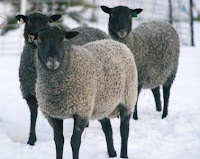 Gotland sheep originate from the small island of Gotland, set in the middle of the Baltic Sea, off the coast of Sweden.  One of the Northern short-tailed breeds, their bloodlines date back to the Viking era. Since 2003, there has been an upbreeding program in the United States to establish this lovely breed of sheep in North America.

I now need to play catch up and spin my Polwarth and Whiteface Woodland.  Both of these 1 oz samples are so squishy soft and I look forward to seeing how they spin up.  I plan to n-ply both and hope to achieve at least 50 yards each. 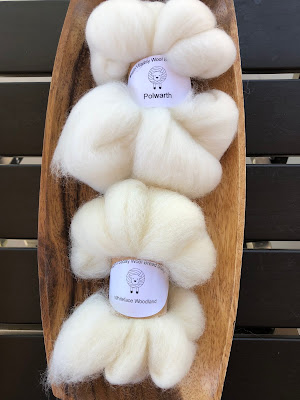 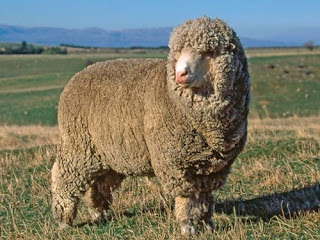 Polwarth is a breed of sheep that was developed in Victoria (Australia) during 1880. They were of one-quarter Lincoln and three-quarters Merino bloodlines. They are large, predominantly polled sheep with long, soft, quite fine wool and produce good meat carcasses. They were developed in an attempt to extend the grazing territory of sheep because the Merino was found lacking in hardiness in this respect. A dual-purpose (meat and wool) breed with a major emphasis on wool production. 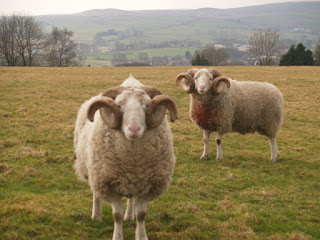 The Whitefaced Woodland is a sheep breed from the Woodlands of Hope an area in the South Pennines in England. It is a combination of two breeds, the Woodland and the Penistone sheep after the Yorkshire town where sheep sales have been held since 1699. It is thought to be closely related to the Swaledale and the Lonk. Substantial commercial flocks of the Whitefaced Woodland are kept in its region of origin, but it is listed as a vulnerable breed by the Rare Breeds Survival Trust, since there are fewer than 900 registered breeding females in Great Britain.

As mentioned, I’m behind but not by too much and I’m so excited that I ordered my summer breed study pack from The1764Shepherdess.

I’m excited to try the Wensleydale, I’ve never spun this breed but heard that it is a treat to spin.

For those of you interested in joining Sherrill’s challenge, you can find her on instragm as The1764Shepherdess.  Be sure to follow the Instagram hashtags  #spin15aday, #spin15adaywoolbreedstudy and #spin15adaychallenge2018.  You can also join the fun in Sherrill’s Ravelry Group, #spin15aday.

On another spinning note, I’m still working on my lovely hand-dyed Targhee in the color Chinoteague by LeAndra of Created by Elsie B 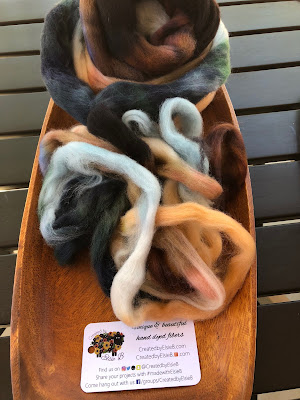 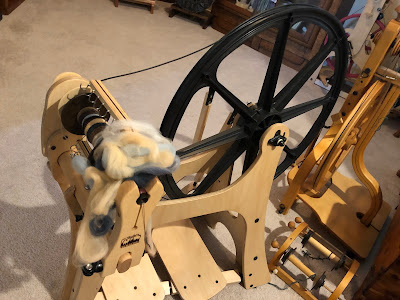 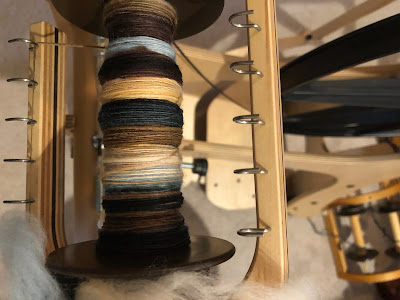 Until next time ~ Tina